The artist on these sketches Steve Hodges dropped me a note to tell me these characters were intended to go with playsets, the figures themselves would have been 3 3/4" inches. 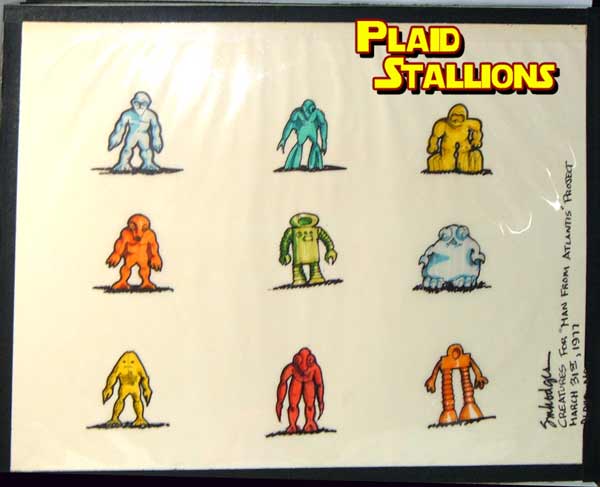 The alien characters seem to an attempt to make the show more "toyetic", this was quite prevalent and also can be seen when Mego added kid friendly monsters to their Star Trek line. 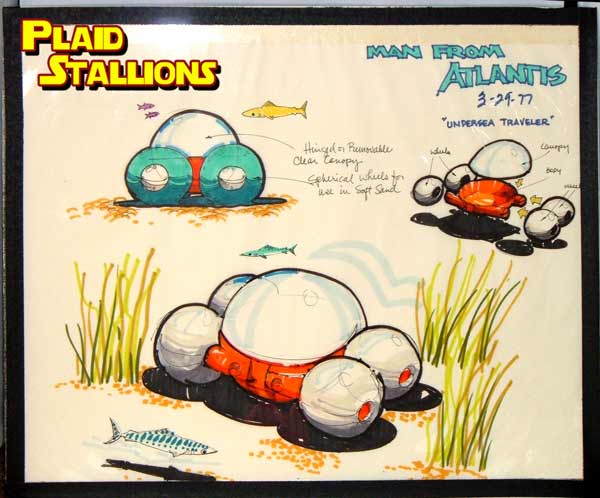 The Undersea traveller kind of reminds me of a Mego Micronauts vehicle and with good reason, artist Steve Hodges produced concept artwork for that series as well 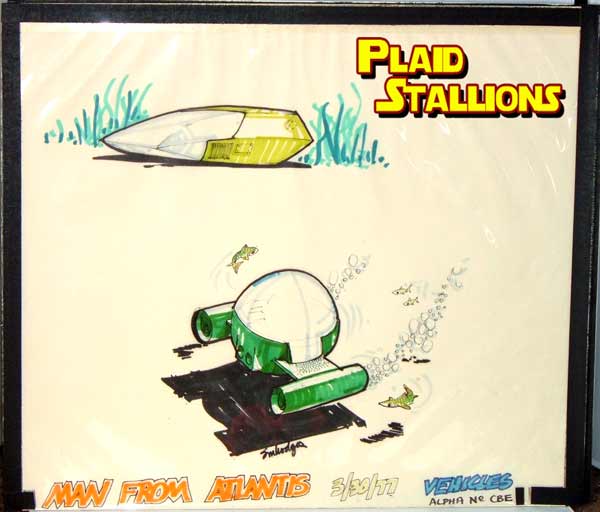 Yet another neat vehicle design, seeing this stuff makes me wish the series would have lasted long enough for this figure line to be produced, they look like fun! I am almost certain that there are more concept sketches out there that show the human characters and the sub, if you have any of these, drop us a line!

Man From Atlantis in the Kenner Spring of 1978 Catalog